Back in November we carried the story of Stephen Tucker who shot a whitetail deer estimated to be a world record. Well it’s official.

Following the 60-day drying out period and certified measurements this week, Tucker is the proud hunter of the newest world record whitetail deer with a non-typical rack.

An non-typical rack differs from a typical rack in that it does not have the same number of points on both sides. For that reason there is a slightly different scoring method set by the official record keepers at the Boone and Crockett Club. 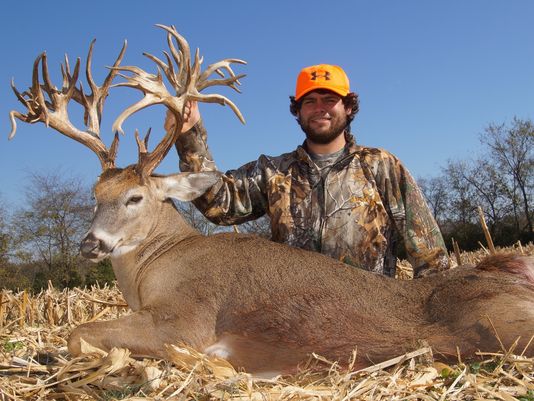 The official scoring method is a complicate thing and was said to have taken four hours to complete. You can watch some of the process on the video below.

Tucker said he’s been a nervous wreck leading up to the final measurement. A friend had measured it when he first shot it and estimated it was likely a world record, but they really couldn’t be sure how much the rack would shrink during the drying process.

“I just tried not to think about whether it was the world record or not during the drying out period,” Tucker told the Tennessean. “The last week was probably the worst part of the whole time. I didn’t want to get myself real worked up about it because I didn’t want to be let down if it wasn’t the record. I just kept telling myself, ‘It’s going to be what it’s going to be.'”

Something to ease his mind even further is that the rack is likely worth more than $100,000.