When surfers in the 1970s wanted something fun to do when the waves were low, they invented skateboarding. But not until the Onewheel has the sensation truly felt as natural.

Don’t call it an electric skateboard, though. The Onewheel is a category unto itself, probably coming the closest to feeling like a hoverboard than anything else, but without actually being off the ground.

Instead, the board is sunspended by a single wheel about six inches wide and a foot in diameter. Combined with a two-horsepower engine and dynamic stabilization, this board will go just about anywhere you want, including most outdoor surfaces. 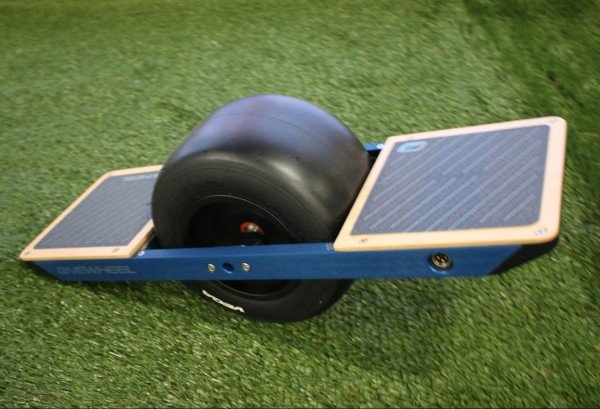 Created in Santa Cruz by a startup company that launched on Kickstarter, the Onewheel is designed to make you forget about the technology, as if you are just one with the board. It also feels a lot like snowboarding as you take endless turns and glide smoothly over rough terrain.

Riding it at first is no simple task, however. Standing on the board takes some practice, especially from keeping it from taking off at 15 mph, the board’s max speed. But once you’re on, just tilt slowly to move in whatever direction. Lean into the turns and feel the smooth strokes of a curve like you were carving through powder.

Today’s skateboards have come a long way the Dog Town days. Electric longboards have turned skateboarding into a viable form of long-range travel. With the Onewheel, you have the ultimate off-road board.