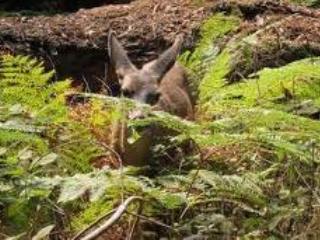 Still-hunting is supposedly an outdated deer hunting tactic. Unlike its name, still-hunting is the act of slowly sneaking through areas that hold deer while hoping for a shot at a relaxed and unaware animal. Due to this generation of deer hunters hunting from fixed locations via tree stands and ground blinds, spooking deer is considered the ultimate sin. However, the still-hunters from the 1960s and 1970s have consistently spooked deer while getting their creep on, and they had plenty of trophy bucks to show for it.  Still-hunting is definitely a throw-back tactic, but its decades of successful results deserve a fresh look. So, if you want to give it a try, here are a few of the basics to get you started.

If you choose to commit to still-hunting, you will be spooking deer so it is essential that you choose hunting areas that will not permanently alter deer habits. For example, still-hunting for deer in their beds is ideal, but you do not want to hunt well-established sanctuary locations where deer consistently bed. Try to pick temporary bedding areas like small thickets that border food sources, or standing corn. The goal is to lessen the impact of bumping deer, and deer expect to be disturbed in more exposed areas.

Hunting into the wind is often accepted as the only method of using moving air to a hunter’s advantage, but there are other ways to use the wind in your favor when it is not in your face. My great uncle used to hunt a patch of timber next to an apple orchard. He only hunted it when deer were actively feeding on the fruit and were bedding nearby. He used to sneak in on their bedding area, and place himself quartering upwind. Eventually, a single deer would smell him and stand up. The standing deer would then alert the other bedding deer that something was wrong and they would start standing up to investigate. This all took only a moment, but my uncle killed a nice buck almost every year of his hunting life.

In today’s fast-paced world, going slow is torture but you will need to master the art of a snail’s pace. The upside of slow, deliberate movements is that you will eventually find an unsuspecting deer. The down side of moving too fast is wasting your time and ruining your chances. Going slow also makes you quieter.

While still-hunting, you will not be looking for deer but you will be looking for parts of deer. Learn to look for the flicking of an ear, or the antler tip that doesn’t quite look like a stick or branch. You will also need to recognize deer legs or a portion of a deer’s rump. For me, the most easily noticeable clue I look for is the white rings around the eyes. Deer often slumber in a haze of unconsciousness with their eyes open, so it is common to find sleeping deer that seem to be looking in your direction. Don’t be intimidated and look for that dark eye inside the white ring.

Every day is not made for still-hunting. Forget dry, crunchy ground conditions and wait for days when ground clutter is ideal. Never pass up a rainy day, they are the best.  Fresh powdered snow is the ultimate condition as it not only provides stealthy quietness, but it lets you see any possible tracks or trails.  One condition that needs to be avoided is still-hunting in the presence of other hunters. I never trust other hunters to be safe and you shouldn’t either.  Avoid public land for still-hunting and always coordinate with other hunters on any private property that you are hunting.