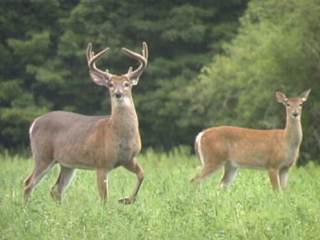 Deer are the most hunted big game animal in the United States and there are literally thousands of products designed to aid hunters in the pursuit of this great game animal.  As a hunter, it is sometimes difficult to make a decision when selecting a useful and important hunting product; however, it is even more difficult for a non-hunter to select a deer hunting product that a hunter would not only appreciate, but actually find useful. Here are three bullet proof ideas that will make you look like a gift-giving guru.

Custom Keepsakes: Every deer hunter has some type of deer call in their arsenal. Rather it be a mouth call, a hand-held call, or an old set of shed antlers, they are all made to simulate sounds or vocalizations that deer actually make in the wild. The good news for you is that most calls are made out of plastic. This means that although a call can be practical, it has little value and therefore, it is not as sentimental as a specially made call could be. This is where a company like Wilson Game Calls (Wilsongamecalls.com), in Bangor, Pennsylvania can come in handy. They make custom wood deer calls and offer a variety of selections. They even offer a gift basket which includes an assortment of hand-made calls. Another place to shop for custom calls is at www.cottagecraftworks.com. They offer a fine line of custom made deer calls, as well as, calls for other species. There isn’t a hunter alive that won’t appreciate a custom made deer call.

Scouting Simplified: Everyone knows how handy and prevalent popular game cameras are. Often called ‘trail cams’, these are useful tools that offer a hunter a chance to gather intelligence on the locations and patterns of deer while they are on the move.  However, there is a new product on the market right now that is hot and it is selling like crazy. It is called the PlotWatcher by day6outdoors.com. This is a simplified game camera that has been altered into a time-lapse camera. It can watch a large area for a week, and it has a special long focus lens that keeps everything out to a hundred yards in focus. It is a genius twist to an already existing product, and it can also be useful during the off season as a surveillance or security camera. You can’t miss with this gem of a product, and any hunter will appreciate it.

Photos to Canvas: It is often said that every game animal harvested by a hunter is a trophy. However, the reality is that most times large antlered deer are the only trophies that make it onto a hunter’s wall for constant viewing. You can change that by having select photos transferred onto canvas and frame. Most photo sections at department stores offer this service now or you can find a company online that does it as well. When a photo is transferred to canvas, it somehow retains a sense of quality and uniqueness that makes it worthy of display.  Not only is it an economical way to create another wall trophy, but it can be specially framed and passed on forever if properly taken care of. This is also one of those gifts that keep on giving every time a hunter sees it on the wall and relives that special memory that he or she once had in the field.