Hunting in a Crowd 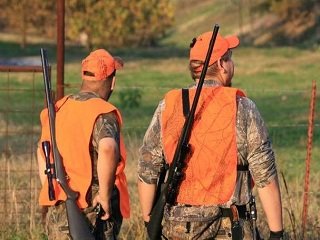 If you are an experienced hunter, the chances are good that you have felt crowded at some point while hunting. It only takes one other hunter to take the enjoyment out of a pleasurable hunt, but what do you do if you have to compete with several?

Don’t avoid the obvious. We have all overlooked hunting spots while scouting because they seemed too obvious of a spot that would surely attract other hunters. Don’t get fooled with this reasoning. In almost 30 years of hunting and also guiding, I have found distinct places like this that everyone else avoids, but they have produced many quality hunts for me or a client.

For example, one year a Canadian do-it-yourself hunter asked me if I could point out some good places to hunt near a decent sized town in the state of Kansas.  I knew for a fact that everything within ten miles of this town was private property and it was all leased up and very competitive to find permission to hunt.  I did know of a couple small places that were around five to seven acres that I always suspected held deer, but they were too close to town to even check out.  I was wrong. I ended up setting up a stand on one of these micro-properties and on opening day of bow season, he saw 12 separate bucks.  Don’t overlook the obvious.

When an area is being bombarded with hunters, find the deepest, darkest, hairiest core area that looks too thick or has too many barriers for hunters to cross and go there.  I learned that this is an effective tactic while baiting for Black Bears in a certain northern state. It was common knowledge that any ‘good hunting’ was only to be found with at least an hour drive out of town. I found a spot that was only 20 minutes away and used it to kill a nice bear.  My only obstacle was to hide my mode of transportation so my secret spot would not be exposed. I had my wife drop me off most of the time or I rode a small motorcycle and stashed it in the brush.

Finally, scouting can help you outhunt other hunters. Find an area that you know will have intense competition and learn where the animals exit when pressured. One of the biggest deer in the state of Missouri was shot on public ground by a hunter who lucked out and just happened to be sitting on an exit trail. Several other hunters had entered the woods and a 192 inch buck walked right into his lap while trying to leave the pressured patch of woods.

Lastly, don’t get discouraged. Have a good attitude and accept and welcome other hunters as competition and spend your time trying to outhunt them on your own terms. These simple tactics can help you win the race.