In Pursuit of Strange Luck 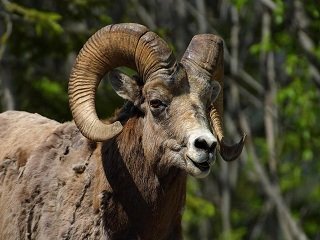 Eventually, every hunter will experience the euphoria of blind luck. When it happens, we accept it as normal circumstance and when it doesn’t happen, we imagine cosmic conspiracies against us. When hunting, I don’t mind being the blind squirrel finding the occasional nut and I bet you don’t mind either.

I have written about some of my bad luck experiences, but here are a few undeserved miracles that I gladly, and nonchalantly, took in stride as if I had planned the outcomes to my exact specifications.

In the mid-1990’s, I was shooting a 7mm magnum that was ‘dialed in,’ and I was proficient out to 400 yards without any concerns.  I drew a coveted Bighorn Sheep tag in a western state and had no time to scout. I made one phone call to a wildlife officer and got a general tip on where to begin my search for my once-in-a-lifetime hunt.  I arrived at the location in the early hours, climbed about an hour, and as soon as it got light I had a legal ram in my sights.

The ram had spotted me at the exact moment I spotted him and we had a stand-off for about an hour. Realizing I was 550 yards away and that there was no possible way to get any closer, I made a bunch of mental calculations and prepared to take the longest shot of my life. I held a foot over his back, adjusted for a slight crosswind, and boom. The ram fell just as if I had planned it that way, and I thank good luck for that. Looking back, that shot was borderline unethical considering I had never practiced at that distance, and although I would not do that again, I will take the memory just the same.

One time while on a wilderness Whitetail hunt in another western state, I arrived at a remote location hoping for some good fortune.  I had only walked a half mile when I spotted a 170 class buck walking right at me. In five minutes, my hunt was over and I had a serious wall hanger.

On a Columbia Blacktail rifle hunt one time, I drove to a good look-out point hoping to glass up a buck within a mile’s distance, I spotted a monster 4×4 buck within two minutes and had him in the back of my truck in an hour’s time.

I can’t even count the hundreds of wing shots I have made that resulted with birds dropping out the sky, or incidental predators that just showed up in my lap while hunting. Thanks, Mr. or Ms. Luck, whoever you are.

I have no regrets for all the blind luck I have experienced. After all, I planned it that way.