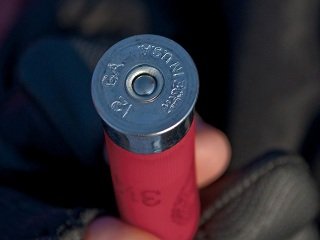 The days of shooting lead shot at all birds and small game have come and gone. Due to environmentalists and their deeply flawed and questionable studies, our government has adopted some standards of limiting lead shot, much to the disappointment of most hunters. However, the law is the law and it is time to accept the fact that non-toxic shot is here to stay. Here is what you need to know about it.

In 1991, a national ban was put in place prohibiting hunters from using or possessing shotgun shells containing any type of toxic lead shot while hunting waterfowl. The ban also extended to the hunting of upland birds on any national wildlife refuge where encountering waterfowl was a possibility. Steel shot became the new standard under this ban, but it was extremely inferior.

Steel shot is flawed because of its light weight. Being light, it loses velocity faster than lead and is less effective at doing damage.  Every hunter I have ever hunted with who used steel shot has come to the same conclusion; steel shot sucks. Not only is it weak on impact, but its hardness wears out and damages gun barrels faster than lead. So what are the alternatives?

Bismuth was next in line. Bismuth is technically a chemical element; but when nature or man mixes it with sulfide and oxide, bismuth metal is the result. Its density lies between lead and steel, but it is closer to lead. It is softer on gun barrels. Overall, it is effective, but not perfect.

Tungsten is a newer shot matrix that is also a natural chemical element. It is terribly expensive, but its density is actually greater than lead and soft as well. If you can afford it, Tungsten is the ticket for high kill ratios, and it is easy on barrels. To make it more affordable, Federal Ammunition mixed iron with it. This Tungsten Iron was a cheaper alternative.

Recently, Remington created Hevi-Shot, which is a mix of tungsten, nickel and iron. It is heavier than lead but extremely hard. In fact, it requires barrels that are approved for steel shot. The Hevi-Shot is a great performer and because of its density, you can size down and shoot smaller pellets insuring a larger impact area.

Personally, I like the Hevi-Shot the best, and I don’t find the barrel requirement inconvenient due to the fact that all newer shotguns have steel-approved barrels.