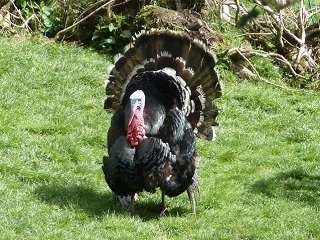 Although it is fall, turkey hunting fanatics are always finding excuses to think about turkey hunting in the spring. Here is one for you guys and it involves end-of-the-season strategies that could help you kill that last or final bird before summer hits.

There are a couple good tactics for late season birds and they both involve making a lot of boot tracks to set yourself up for success.  Running-and-gunning is super effective, but you need a lot of hunting land to make it work for you. There is no mystery to this tactic either as it involves walking from one attractive area to another and laying down hen calls.  The old gobblers have already completed their breeding quotas for the season, so it will take a sharp and shrill hen call to get them to answer. This is why most people use box calls. They are really high-pitched and seem to illicit a return call better than friction or mouth calls.

Another running and gunning tactic is to use locator calls such as crows or Blue Jays screams.  If you can get a grouchy old gobbler to answer, you can pinpoint him and slowly encroach on his personal space. Once you get close, he is way more likely to answer your hen calls as he will think a hen is seriously seeking him out. That is what testosterone will get you.

Another less fun but effective tactic is to hunt a roost route. This is also a simple method, but you have to know where the turkeys are roosting at night. Hopefully, they are in the habit and pattern of using the same trees. If they are, this makes it as simple as setting on an intercept point and ambushing them when they return to the roosting trees in the evening. Some states don’t allow hunting birds in the afternoon, so know your state’s laws.

If you are unable to hunt in the evenings, you can simply reverse the tactic and set up an ambush near the primary food source the birds use first thing in the morning. Turkeys are tired after breeding season so they are sort of lazy and like to repeat habits. If you know where they feed, half your work is done.  Another detail to keep in mind is to not blow your chances by setting up while facing the sun. Not only will your slightest movements alert them and give you away, but your vision and attention to detail will be limited.

Last minute turkeys can be fun if you like the pressure of running out of time to fill your tag.