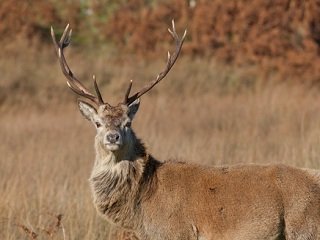 Game cameras are a part of deer hunting culture. Also called trail cameras, these units are used to quietly and stealthily monitor animals in their natural habitat so that hunters can learn their habits, keep track of their populations, and to determine how successful a food source is.  Game cameras are becoming more affordable every year, but while almost any hunter can afford a basic model, not every hunter knows how to use them efficiently. Here are some tips for lethal game camera performance.

There are many variables when it comes to setting up cameras, but the most basic set-up is on trails. Although it might seem like common sense to set up a camera parallel to a game trail, that is not the best way to get results. The first rule of setting up on trails is to set up a camera at an angle to catch something coming or going on the trail, and not try to catch a photo of something walking by the camera on the trail.  By angling the camera at a 45 degree setting looking down a trail, your chances are greatly improved to catch the entire animal and not just a tail on the edge of a photo.

Distance is also very important. If you are targeting a trail or a food plot, set the camera far enough back so that you can capture whole animals and not parts of animals. I like to set my cameras at least 15 feet away from where I anticipate the animals to be photographed.

Learn from other people’s mistakes and remove all obstructions. Remove all leaves, twigs and branches that are near the unit that can trigger the device.  Nobody wants to waste time and effort to find out that you took over 100 photos of a branch blowing in front of the camera. Always assume there will be heavy winds and plan accordingly.

This might sound like an obvious tip, but you would be surprised how many seasoned hunters don’t place their cameras south of their target areas. The sun will ruin east and west placements at least once a day, and a north location will be hammered by the sun almost all day. Placing a camera to the south will insure that the sun will not play a factor in your quality game photos. It is obviously not possible to do at all times, but if there are no trees or fence posts available, drive a stake and use that to mount your unit.