The High Cost of Hunting 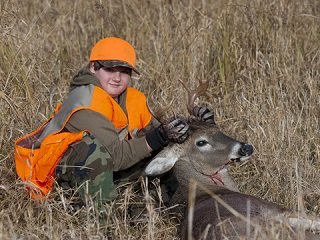 I have spent over 30 years hunting. Some of that was guiding and filming wildlife, and 20 years of that was spent as a taxidermist. If anyone should be gung-ho about the hunting industry it should be me; however, I am becoming more and more disgruntled at the outdoor industry as each day passes. Hunting is in danger of turning into a rich man’s sport.

Deer already have a ridiculously inflated value thanks to hunting shows and hunting video productions. And that makes all the land and equipment currently used to harvest those deer a few steps from being affordable by the average hunter. The days of knocking on doors to hunt private property are almost over and that fact makes me sick.

I don’t have any solutions for this problem. It has only been recently that I have awakened to the fact that hunting is getting to be a high priced endeavor to most. Besides watching deer hunting land costs rise faster than our inflation rates, I have watched states start to jack up their non-resident hunting prices to a ridiculous amount.

As a young Kansas kid, I grew up dreaming about hunting Montana. It was called Big Sky Country and just about every outdoor writer worth their salt featured a hunt in Montana every year of their writing. Montana always sold out of all hunting tags, but not anymore. They raised their non-resident prices so high that they were forced to eat $3.36 million in lost revenue last year because of their greedy hunting prices. Idaho lost $3.5 million last year also from unsold non-resident license and tags. The only silver lining is that hopefully these states are learning a lesson from all of this lost money.

It’s a fact that if you over-price an activity, the demand will start to shrivel up and that is what’s happening. I know hundreds of hunters who have lost all of their hunting lands due to landowners leasing their land to people who will pay top dollar to tie it up for their own use.  When I was a teenager in the 1980s, I didn’t ever make plans for hunting season. I just knocked on doors and got permission to hunt and if I did not get a deer in a few days’ time, I knocked on more doors. Like I said, those days are almost gone.

Finally, back to my nephew. He is 15 years old and somehow developed a love for hunting while living in the suburbs of Kansas City. If he did not have me or an outfitter friend of our family to hunt with, he would not be hunting anything, anywhere. This is troubling and the only solution to this over-pricing problem that I see is to wait until the bubble bursts. Unfortunately, this will also mean that out economy probably tanked into a depression at the same time, so it is a no-win situation. We did this to ourselves, and we watched it happen on our watch.