In the Upper Peninsula of Michigan, you hear a lot of bigfoot stories. There have been so many sightings that Animal Planet filmed an episode of Finding Bigfoot in the area. There is an Upper Peninsula Bigfoot/Sasquatch Research Organization and the first Bigfoot Convention took place in 2013 near Newberry.

Nonetheless, a recent trail camera photo is drawing mixed reactions from the sasquatch crowd.  At first the photo looks unmistakably like a juvenile bigfoot or even a gorilla. But now many are having second thoughts.

Posted by the bigfoot enthusiast site Crypto Sightings, the photo drew widespread attention on-line for its undisputed proof that sasquatch was in fact real. But not so fast. Another photo taken just 13 minutes later clearly shows that the animal is a bear. 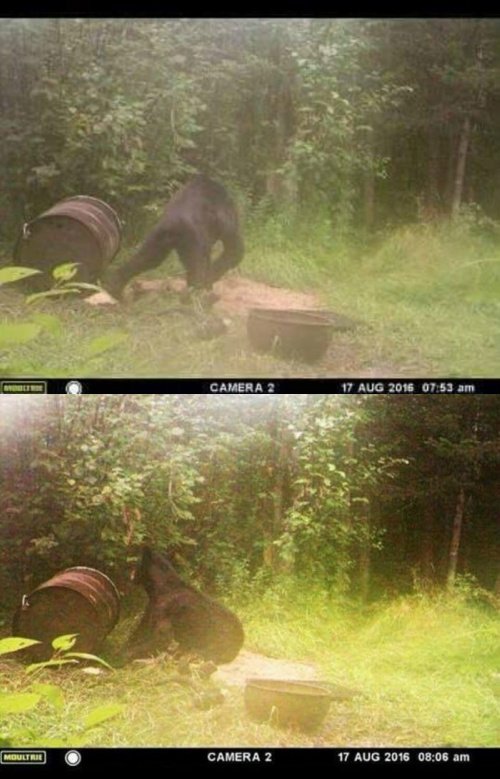 But not so fast again. After looking at the two photos more carefully, in addition to a similar set of trail camera photos from Pennsylvania which first appeared like bigfoot and then bear cubs, the arm chair sleuths at Crypto Sightings aren’t so sure anymore.

Could the bears seen in both sets of photos be completely different animals? The legs certainly look different.  Or maybe the sasquatch just looks like a bear? Anything is possible with a strong imagination.