5 Ways to Explore the Kern River

Just 180 miles from Los Angeles, the Kern River east of Bakersfield offers a hotbed of outdoors activities from river rafting and fishing to hiking among giant sequoias.

Running through the Sequoia National Forest, multiple campgrounds along the Kern River upstream of Lake Isabella make the region extremely accessible for all kinds of uses. Check with local regulations for off-road activities. Here are 4 ways to beat the heat on the Kern River.

RELATED: Choose Your Own Adventure in Angeles National Forest

One of the most popular ways to experience the Kern River is to raft it. While the river looks tame in most parts, it does not come without a fair amount of danger. An average of six people perish in the swift current each year. A sign marking more than 160 deaths ominously stands at the entrance to the region.

To raft the Kern you can hire the services of any number of guide services which can easily be located in Kernville and around Lake Isabella. Or you can rent your own inner tube and float the Kern that way. An easy float is to rent the raft in Kernville and put in around Rivernook Campground. 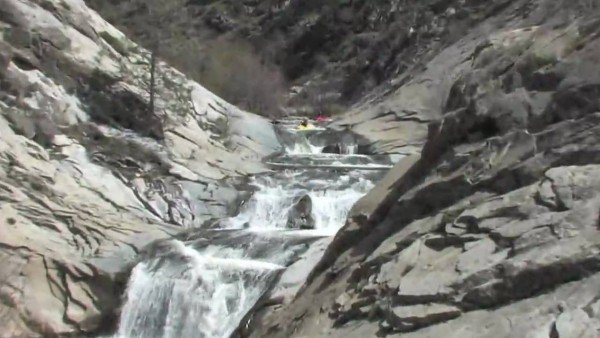 As you drive up the Kern River on Hwy 99 from Lake Isabella, the winding road with steep cliffs reveal lots of swimming holes. You’ll see people camped out in dispersed sites all around here. Two unique swimming holes that are especially intriguing are at Limestome Campground and the other at Brush Creek Campground. Here the slick rock creates a slide where intrepid kayakers can test their skills. You don’t want to end up another statistic, though, and this would be the place to do it. 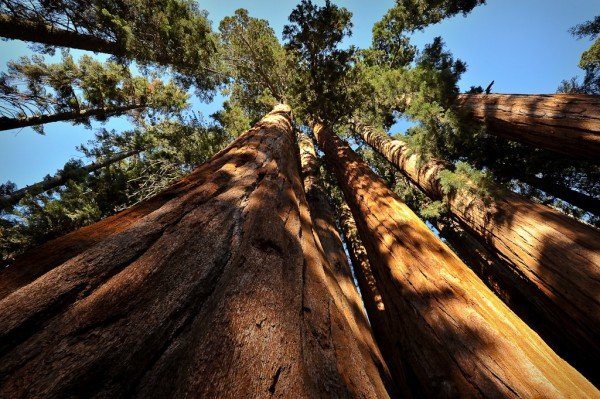 In addition to hiking, camping and swimming in the Kern River, the region is also a great jumping off point to exploring the Sequoia National Forest. A must-see destination within the park is the Trail of 100 Giants. Also known as Long Meadow, this spectacular grove contains 125 giant sequoias more than 10 feet in diamete with some estimated at more than 1,500 years old. A paved trail 1.5 miles long make this accessible even for the least mobile. 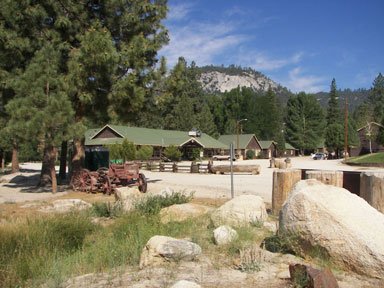 Before the national forest was established, loggers flourished in the Kern River Valley. By the 1940s, the Mount Whitney Lumber Company had built a company town named Johnsonville in order to log roughly 750 acres of the surrounding area. By the 1970s, up to 700 people lived and worked in Johnsonville, which was comprised of scattered cabins with a small Main Street with an Old West feel.

After the mill shut down in the 1980s, Johnsonville was turned into the R-Ranch of the Sequoias. Here you can rent one of the rustic cabins and enjoy a ton of outdoor activities. There’s a large pool, a pond, hiking and biking opportunities, a small convenient store and rec room with video games and ping pong. While cell phones don’t work, you aren’t far from a connection in the adult room with air conditioning, Wi-Fi and satellite television. 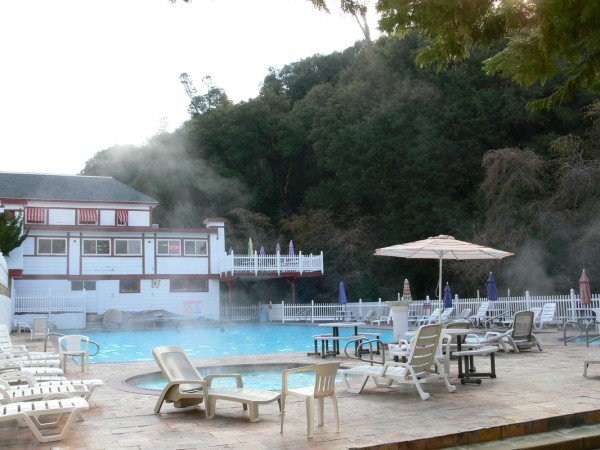 Another main attraction not far from the Kern River Valley is the famed California Hot Springs and Resort within the Sequoia National Forest. Beginning in the 1880s, a resort on the location had already begun to tame these historic hot springs, so don’t expect the most natural experience. But they are still offer a magnificent soak in mineral rich waters.