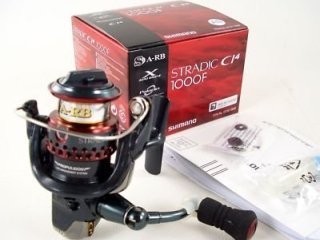 As 2010 slowly turns into a memory, it’s time to take a look back at the top products that stood out from the crowd last year. There have been several amazing products from well-known companies over the last year—from rods to hooks, and everything in between—and I decided to highlight a few products in three categories that truly dominated 2010. The rods, reels, and lures I’ve chosen to cover in this series were all new arrivals to the fishing world in 2010, though they didn’t let their status as newcomers stop them from raising the bar of efficiency and high-performance on the water. That being said, keep reading to see my picks for the best reels of 2010.

The Bass Pro Shops Carbonlite baitcast reel truly set the new standard for durability and comfort when it debuted in 2010. Constructed of carbon fiber and graphite, the reel weighs in at an impressively light 6.7 ounces, which, along with its compact frame, allow for countless hours of casting and control. Internally, the Carbonlite boasts a network of Duralumin components, a material known for its use in aircraft construction, and also provides the reel with the long-lasting durability that anglers need from their tackle. Add to that an impressive seven-bearing system and Bass Pro Shops’ famous Dual-Breaking System, and there’s no question as to how the Carbonlite earned its place at the top of hundreds of fishermen’s wish lists last year.

When an angler hears the name, “Quantum,” they usually associate it with one man: Kevin Van Dam, and it’s no secret why. A living legend in the world of fishing, KVD has his name on quality rods, lures, hooks, and reels; and when his PT baitcast reel debuted with the 2010 model, that legacy only grew. Comprised of a light, but durable, aluminum frame, the PT also reduces its weight to 7.5 ounces by including a skeletal spool. Rounding out the rest of this reel’s amazing features are externally adjustable centrifugal brakes, high-quality ceramic drag, and eight stainless, hybrid PT bearings.

Shimano is arguably one of the most recognizable companies in fishing. Legendary for producing top-notch reels and rods for years, Shimano offers an array of quality products for every price range. In 2010, their new addition to their already sterling repertoire, the Stradic CI4 spinning reel, quickly turned heads and even sold out at many retail locations just days after it hit the shelves. Available in several different sizes, the CI4 not only followed in the 2010 trend of carbon fiber frames, but took the reins and ran with the concept. The frame, sideplate, and rotor are all made of reinforced carbon fiber, which, along with the full spectrum of Shimano’s standard features—the patented Paladin Gear System, Propulsion Line System, and maintenance port—allowed the Stradic to quickly break away from the pack and become the favorite of 2010.

Each year, companies release the latest editions of their annual reel models, usually with subtle aesthetic and performance alterations. However, 2010 saw some incredible editions to its reel lineup in the form of the three reels I’ve covered today. I saw, firsthand, how popular these models were and also had the opportunity to take them each for a test drive on the water, which truly enables me to tell you that, as far as 2010’s reels go, the Carbonlite, the PT, and the Stradic CI4 were, hands down, the elite.